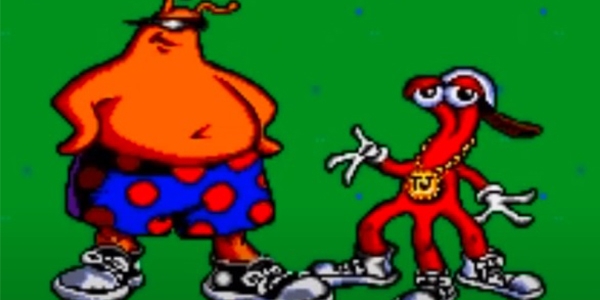 ToeJam & Earl. Three months ago these names meant nothing to me. Now they signify quite a lot.

For the uninitiated, ToeJam & Earl is a video game launched in the early nineties. ToeJam & Earl are alien rappers who have crash landed on earth. Players assume the role of either ToeJam (red with three legs) or Earl (large, slow and orange) and embark on a mission to find the missing pieces of their spaceship whilst avoiding an array of weird and wonderful earthling creatures trying to thwart their escape plans.

As lockdown began and visions of endless days with a lively five year old loomed on the horizon, my partner and I hastily acquired a second-hand Sega Mega Drive Mini.

We had stumbled upon the world of retro gaming during a visit to Comic Con at York Racecourse earlier this year. Here we spent an enjoyable afternoon playing arcade games, pummelling digital opponents with Street Fighter panache and introducing our son to the joys of Pac-Man.

As lockdown continued and we slowly adjusted to the strange new world around us, ToeJam & Earl became a firm fixture in our household. Calls of “don’t let the chicken shoot you” and “watch out for the evil mole, you doofus” became common-place.

My return to gaming has come as a happy surprise but I'm not as quick as I used to be. My son, however, is a master of the control pad and proud of his new found skills. I’ve given up trying to beat him at Sonic the Hedgehog but as Toejam & Earl we work as a team, albeit one hurling new found insults at each other.

As summer marches on and we continue our quest to find those missing spaceship pieces, I am left contemplating two things. Firstly, how two alien rappers became part of my life under lockdown and secondly, why does my son always insist that I am Earl?