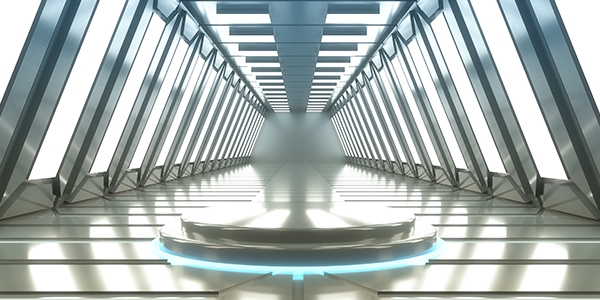 The formula for the next step in immersive and interactive storytelling

In the past year, with the necessity of the global pandemic driving innovation, we have seen strides in the translation of various culture and media that we would typically consume in person, to broadcast and virtual experiences. However, as we begin the process of inching back towards normality and the return of everything from museums and theatre to festivals and theme parks, the time comes to think about continuing to innovate within these spaces themselves.

In 2018 Mark Fisher, the Chief Development Officer of Merlin Entertainment (responsible for the Dungeon attractions, the SeaLife centres, Madame Tussauds, the LEGO parks and numerous theme parks including Alton Towers) gave a keynote address at an industry event that highlighted a growing desire within the attraction industry for interactivity and personalisation with guest experiences. This could arguably be born out from the consumer perspective by the popularity of escape rooms, which are built around the idea of an immersive, interactive experience.

Picking up on the strand of immersion, the theme park world also provides a gold standard, as 2019 saw the opening of Disney’s Galaxy's Edge, the stated goal of which was to completely encapsulate their visitors within the world of the Star Wars films. These twin desires of immersion and interactivity are not unique to the visitor experience world. Immersive and interactive theatre is a rapidly evolving area, with groups like Punch Drunk striving to innovate within the area.

However, it could be argued that there is something of a logistical bottleneck in the implementation of such immersive/interactive experiences. As the complexity of the narrative grows, which could be argued to be a direct consequence of growing interactivity, the ability to maintain immersion diminishes as the limits of pre-planning are approached. This is further exacerbated the more non-human elements that are incorporated into the work. While skilled actors can improvise, it is only possible to arrange so many sound and lighting cues; build so many sets; program so many effects and animatronic elements, etc.

Currently, work in solving this problem looks to two areas: exploitation of psychological techniques to “force” particular narrative choices, a methodology borrowed from the magician’s toolbox; or XR (eXtended Reality) technology, such as AR & VR (augmented and virtual reality respectively) so paper over the gaps in the physical.

It is the opinion of the author that these could respectively be referred to as The Illusion of Interaction & The Illusion of Immersion. The first case is obvious, as the experiencer does not possess meaningful agency, and thus does not meaningfully interact. In the second case, it is a shortcoming of the technology that causes the issue. XR is in a state where either: it is able to replicate all aspects of the sensory experience of a physical environment; or the hardware required to do so must be hand-waved into the narrative in some fashion (recall the number of old 3D film attractions that needed to hand out “Safety Glasses” or some other fig leaf).

The solution, as this author sees it, is to strive to marry the various components of physical stagecraft and attraction design to contemporary digital narrative tools. Envision: actuated sets able to reconfigure themselves to “load” different environments; dynamic lighting and sound systems that automatically adjust to enhance the atmosphere of an area as the audience’s presence changes it; prop tracking mechanisms that allow audience members to use parts of the narrative’s world as much as any of the actors; branching script software that can automatically cue an actor with their role in a particular scene; or intelligent effects elements that can trigger dynamically to alter their behaviour to ensure atmosphere and safety. Then envision all this slaved to a control system, able to navigate the space of the narrative based on the state of hundreds of possible variables that the audience may not even be aware they are altering.

This vision is not a specific plan, but more of a conceptual manifesto, a proposal for how future development in the space should progress. Or at least in the option of the author...