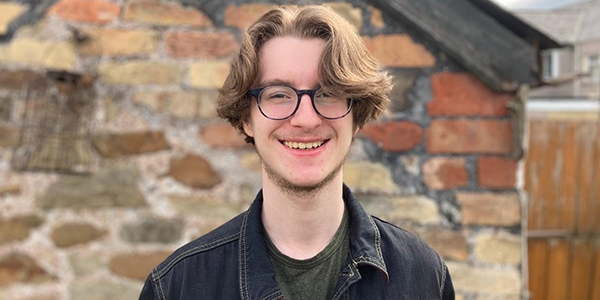 Tell us about yourself

I’m from Maesteg in South Wales and I’m going into my second year of Computer Science at the University of Warwick.

I’d find it hard to pinpoint a specific research area that interests me the most - anything Computer Science is fascinating to me! If I had to pick, it would likely be machine learning/big data. I find it captivating how we can break down massive amounts of data and learn so much from it – even tell a story.

Outside of work and study, I enjoy most things analogue, be it photography or music. It’s a refreshing contrast to my type of study. But, I find it equally helps me understand how things are translated digitally and the way both analogue and digital interact.

Tell us about the project that you worked on this summer

The project was about how we can analyse data from video games while it’s still encrypted. The main idea is that, using a type of encryption called Fully Homomorphic Encryption, researchers could analyse video game data while never finding out what the individual entries of the data were. This could enable researchers to have access to data that was previously too sensitive to process – whilst also paving the way for a standard to protect the privacy of users. I really enjoy that this research is grounded in video games but could translate easily to other fields such as healthcare.

Since I was using a library developed by Prof. Kahrobaei and her team, my main role was to code a proof of concept of this system – learning from some of the work of the previous team. It was a massive honour to be involved in a project that very few people in the world had worked on.

There have been plenty of challenges to face along the way – including how to write algorithms without using division! This has brought me so much closer to the work I’m doing and enriched my understanding (including realising what I don’t understand) so much more.

This year being remote has of course introduced challenges. I really would have loved to collaborate with people in a physical space. However, I am grateful for the opportunity it has given me as, due to the travel, would have been significantly harder to do so. Everyone has been so supportive and welcoming, ensuring I feel part of the team even when we can’t be together in person.

What have achieved this summer?

I’ve achieved more than I could have hoped for with this project considering it’s been such a short amount of time – all thanks to the wonderful support of my supervisors and everyone in DC Labs.

The project has let me explore areas of computer science which I thought were far out of my reach, having only finished my first year in university. Even just approaching subjects such as ring theory was a massive achievement to me. This project has enriched my understanding and appreciation of things I didn’t realise were so crucial. For example, approximations - something that I had broached in A-Level mathematics.

I could not be happier with how this project has gone as the end result is a system that I am proud of and I have developed countless skills along the way. But most importantly, I’ve contributed to research that is genuinely meaningful to me with supervisors that I admire. So I’d like to give a huge thanks to Prof. Alex Wade and Prof. Delaram Kahrobaei as well as everyone in DC Labs – everyone has been so kind and supportive throughout! 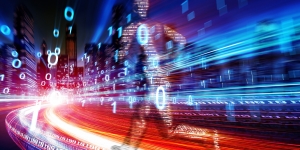