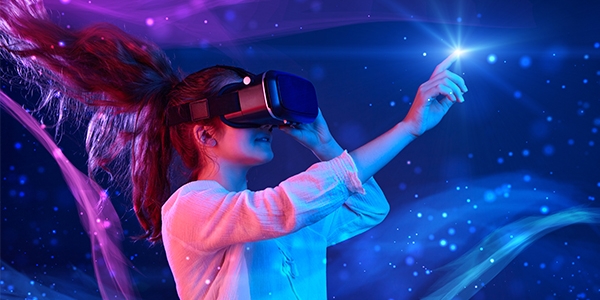 DC Labs is proud to present Mrs Nemo, an immersive, interactive VR musical inspired by Sally Swain’s Great Housewives of Art and the notion that behind every great man, is a woman clearing up!

A light-hearted pastiche, Mrs Nemo is based around the Jules Verne character of Captain Nemo in 20,000 Leagues Under the Sea. The short-form production is the first in a series of musicals written by PhD researcher Mary Stewart-David that retell episodes from Victorian literature from an imaginary wife’s perspective.

A team of PhD students, researchers and theatre practitioners will produce and perform Mrs Nemo at two live virtual events, OnBoardXR (from 18 - 22 October at 6pm and 8pm BST) and FIVARS (Festival of International Virtual and Augmented Reality Stories) on 26 October (6pm BST) and 2 November (6pm BST).

The performances will be staged in Mozilla Hubs, a WebXR software solution aimed at making Virtual Environments accessible to everyone. Mozilla Hubs can be used by audiences on any device with a modern Web browser, including tablets, laptop or desktop computers, and VR headsets.

The performers will use Oculus Quest and HTC Vive headsets, but any VR headset can be used to view the performances.

Audience members can also watch via a laptop or mobile device if they do not have access to VR equipment and the ONBoardXR event is optimized for Desktop access on Chrome or Safari. Headset access at ONBoardXR is managed via the virtual lobby at XRTheatre.live where there will be staff on hand to assist, like an usher at a traditional theatre performance.