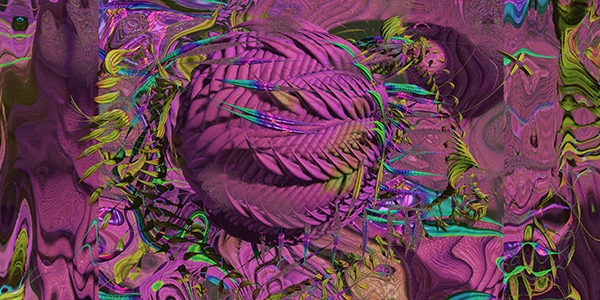 Mutator VR at the Pompidou, Paris

The Mutations/Creations 4 installation, part of the "Neurones, les Intelligences Simulées" (Neurons, simulated intelligence) exhibition, sees the Centre Pompidou transformed into a laboratory for creation and innovation at the frontiers of art, science and engineering.

Each year, the programme brings together artists, engineers and scientists.

Mutator VR immerses the viewer in a multitude of alien worlds with evolving forms resembling sea anemones, ancient ammonites and multi-horned organisms with which they can interact.

Bred and crossbred in software from multiple parents, the bizarre forms are created by a process of artistic evolution driven by human aesthetics. The aim is to give viewers a surreal and immersive experience in which their own body movements shape the evolving virtual world around them.