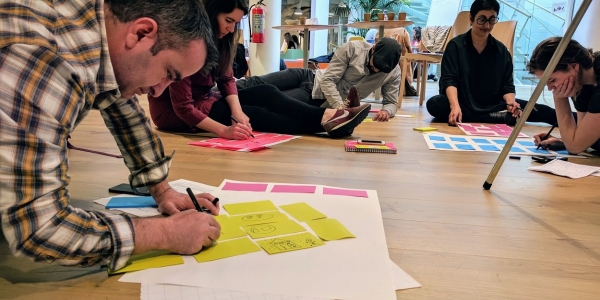 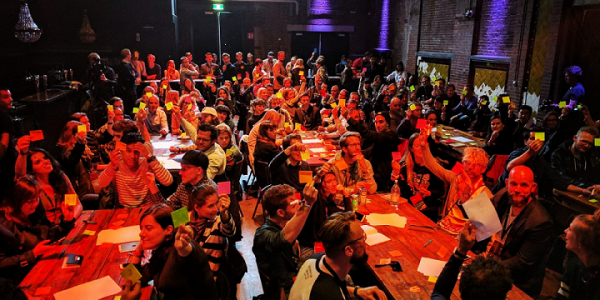 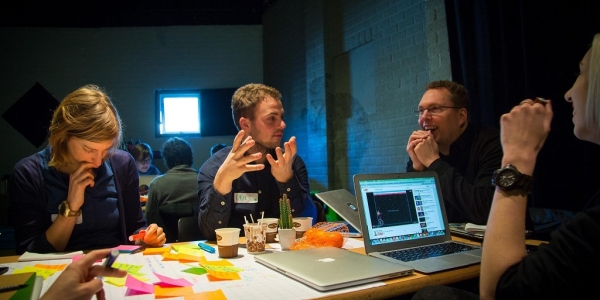 The move from print to digital has been a revolutionary development in journalism, bringing about a whole new realm of untapped potential. However, fully exploring these new possibilities requires a new way of thinking and a new form of practice. Coders and designers must now work alongside journalists in navigating to the frontiers of this new media. These new collaborations join together skills and professions that are not traditionally unified. Hackastory are trying to bridge these gaps.

Hackastory “leads experimentation and innovation in journalism around the world.” Their mission? Strengthen the fundamental role journalism fulfils by embracing web technology and the possibilities of online storytelling in news media. They “truly believe that journalism has to strengthen its role as a verifier, explainer and contextualiser”. The Dutch initiative provides “training, resources and tools to create digital stories and bring together coders, designers and journalists during ‘hackathons’ worldwide to build new projects.”

So far, Hackastory has held hackathons and workshops on four continents with over 1,000 participants. They are also behind Digitalstory.tools -  a directory of tools and resources to create digital stories and experiences. As per Journalism.co.uk, a January 2016 Hackathon in South Africa saw ‘hackers’ develop prototypes: Flight - a chatbot where users can converse with five fictional refugees; Why Should I Care - an interactive web app exploring what young audiences find important in the news; and I See Dead People - a database assessing the more graphic portrayal of death in the global south in comparison to the north.

One prominent new medium is the interactive narrative. Hackastory are trying to educate journalists as to what interactive narratives are about and what can be achieved when producing them. Digital Creativity Labs spoke with Alka Anna Goos from Hackastory to hear her thoughts on her practice, tools used and hopes for its future.

The ethos of Hackastory is intrinsic with Goos and her practice, who is “hoping to change the future of journalism a bit.” She talks of the potential in which every journalist can create the projects they want to with ease, speaking fondly of tools that allow one to make “pretty nice projects” with a free account, such as Eko Studio.

Despite being an avid fan of tools and their capabilities, Goos is aware that they are currently far from perfect. “People have this idea of tools that they can fix all your problems and that’s not true” Goos said. “Mainly, I use tools to make a prototype to show people ‘this is the idea and with a coder and a designer, we can make it a lot more awesome, but this is a good prototype’... There are tools that come very close… but the perfect tool doesn’t exist actually.” For example, she suggests that sometimes a narrative can be “too big and too beautiful for a tool” and, at that point, one needs coders, designers and finances. One day, she hopes to be able to produce a “beautiful interactive news game with great value and with several storylines without using a coder or a designer.”

Executing narratives developed in pre-production is one of the greater challenges of interactive storytelling. Goos claims that sometimes the tool has improved her narrative, but on other occasions has proved a stumbling block that has led to more ingenious solutions. “It’s like a puzzle. You have to find all these bits and pieces to make your narrative work” she said. Surrendering control of a story to the tool could perhaps even improve the narrative. Sometimes this is necessary due to the instantaneous nature of the news and the speed with which tools can deliver a finished product.

Goos is passionate about Hackastory’s Digitalstory.tools. They have done the hard work so content creators do not have to - finding and testing what is on offer and compiling an accessible and easily-navigable guide of the tools available. She references research showing interactivity having a positive effect on the memorability of a story. This could perhaps transform the news with “crises like now, where people are afraid of terror, people are afraid of refugees… [interactive media] can actually… get into people’s heads to show them that not every Muslim is a terrorist, not every refugee is a terrorist.” Goos also thinks that interactivity gives people the illusion of informing themselves and, poignantly, she thinks this could increase people’s faith in the media.

One of the major challenges is the significant number of tools available and the time it takes to assess their capabilities and suitability to a project. Another is a lack of “grammar” regarding how to produce interactive projects: “you have to do it on your own, with your own intuition and the knowledge you have.” Accepting failure is a key stage of the learning process too. Goos also thinks interactivity requires more trusting of the audience “to be intelligent enough to understand your story, even if it’s not linear.”

So far, public feedback has been very positive: “people find it awesome”. Goos suggests people still need direction when it comes to interactive narratives but the enthusiasm is undeniable. She surmises that interactivity of this kind could benefit and influence many fields and institutions, such as arts, education and history. Interactive storytelling may well be the future and with passionate drivers of the technology such as Goos, that future may well be just around the corner.