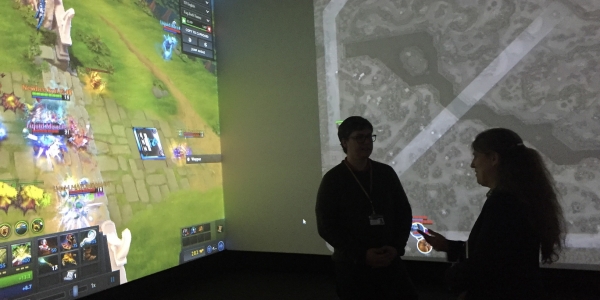 PhD students and Researchers from IGGI and DC Labs have produced a paper proving that AI can accurately predict player death in DOTA2 within a 5 second windon.

Kyle writes "If there’s one insight that might be gleaned from continuing AI research, it’s that many events once assumed unknowable are, in fact, predictable with relatively high accuracy. Case in point? A paper (“Time to Die: Death Prediction in Dota 2 using Deep Learning“) published by researchers at the University of York describes a system that can reliably anticipate (within a 5-second window) which player characters won’t survive Dota 2 matches.

"For the uninitiated, Valve’s Dota 2 — a follow-up to Defense of the Ancients (DotA), a community-created mod for Blizzard’s Warcraft III: Reign of Chaos — is what’s known as a multiplayer online battle arena, or MOBA. Two groups of five players, each of which occupy and defend a base, attempt to destroy structures located at opposite ends of the map. Players have a distinct set of abilities, and collect experience points and items that unlock new attacks and defensive moves.

"It’s more complex than it sounds. The average match contains 80,000 individual frames, during which each character can perform dozens of 170,000 possible actions. Players on the board finish an average of 10,000 moves each frame, contributing to the game’s more than 20,000 total dimensions. And each of those players — of which there are over 100 — can pick up or purchase hundreds of in-game items.

"The contributors to this paper point out that health isn’t always strongly correlated with death. That’s because some characters have healing abilities, and because players can purchase in-game items that heal them or teleport them away from danger. With that in mind, the team sourced public Dota 2 replay files provided by Valve from the last 5,000 professional (major tournaments) and 5,000 semi-professional (minor tournaments and leagues) played prior to December 5. Their corpus total 7,311 files after preprocessing and error accounting, data from which they extracted and converted into time-series by recording attribute set values with a 4-tick sampling period (corresponding to 0.133 seconds of game time)." 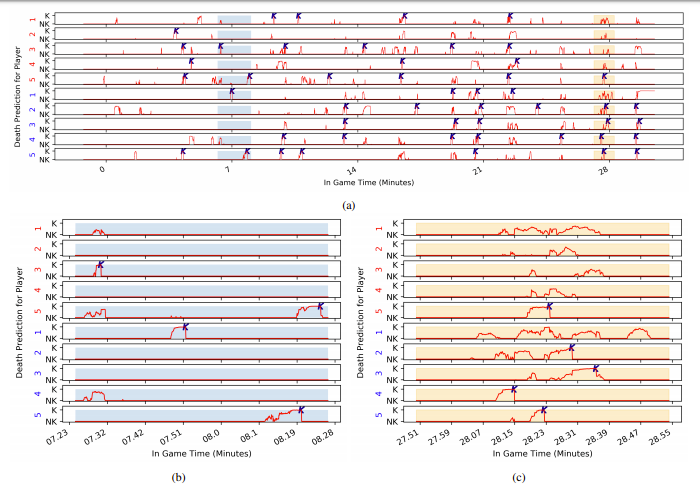