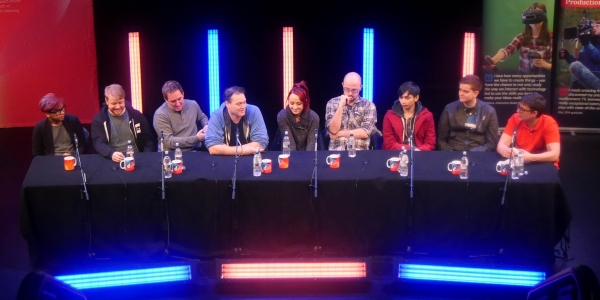 Esports Personalities Debate the Future at University of York

Top esports professionals, commentators and celebrities joined experts at the University of York in a panel debate to discuss current trends and the future of esports.

The panel shared rare, personal insights into the history of esports, their role in it and critically reflected on ongoing challenges in one of the fastest growing forms of mainstream entertainment, including the increasing role of research innovation in esports. The panel also discussed how to build a career in esports, whether as a broadcaster, commentator or player. The panel talked about the history of esports, how the industry has matured, current trends and future potential. A key focus was the rapid adoption of new technologies in esports and the increasing interest in data and tools for harnessing these for commentators, streamers, players, teams and beyond.

The public debate can be viewed here.

The panel was hosted by Digital Creativity Labs (DC Labs), in collaboration with the Department of Theatre, Film and Television and Bestmeta.gg.

Dr Florian Block, from DC Labs, a world-leading group in esports research, said: “It is no secret that the esports industry is booming. Games are played competitively by hundreds of millions of people worldwide, and the industry is generating incredible media attention.” And continues: “At DC labs we attract interest from the esports community due to our direct collaboration between researchers and esports stakeholders”.

The Department of Theatre, Film and Television offers leading programmes in Interactive Media as well as Film and TV Production, both of which offer 3rd year specialisation options in esports. Furthermore, the IGGI centre for doctorial training, provides fully funded PhD studentships in games research, welcoming applications in esports.