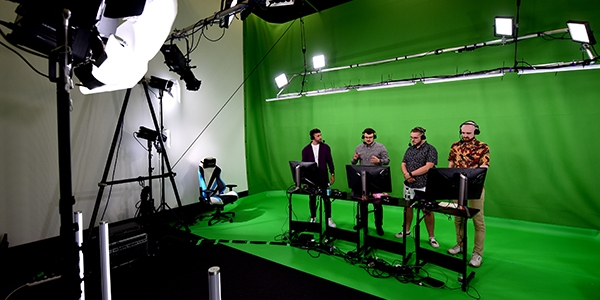 A UK-first for virtual production

The University of York has launched the UK’s first university-led esports production studio in partnership with Promod Esports.

By integrating Promod Esports’ advanced virtual production technologies, the University’s immersive 3Sixty room has been transformed to serve as a cutting-edge R&D space, a teaching facility, and a commercial studio for esports production.

The new operation creates an interdisciplinary space for collaborative research, experimentation and innovation in virtual production through a practice-led research approach.

Promod Esports, one of the UK’s leading esports production companies, will facilitate commissions with industry partners to utilise the 3Sixty, which will also offer paid internships and work opportunities for students.

Through this partnership, the 3Sixty has become one of the first production facilities at the university that can be operated remotely, allowing entirely flexible configurations of on-site and off-site researchers, production crew, presenters and players.

With more than £250,000 of lighting and equipment, the studio offers an exciting new facility for students undertaking the university’s Esports Content Production module as part of the Film and TV Production, and Interactive Media BSc programmes.

The facility was first set up by an interdisciplinary research team and industry partners to showcase R&D outputs from the Weavr esports project. In summer 2021 the studio hosted the successful production of two commercial esports tournaments - the United Kingdom and Ireland Nationals for Rainbow Six Siege, and a Dota 2 community tournament.

Professor John Mateer, Department of Theatre, Film, Television and Interactive Media at the University of York comments: “Our partnership with Promod has transformed the 3Sixty into  a truly unique media studio that boosts the university’s existing strength in digital creativity research and teaching. With the flexibility to span diverse application areas, the studio is an example of how academic-industry partnerships can drive technological innovation and facilitate a broad portfolio of usages.”

Rob Black, CEO, Promod Esports comments, “We're all very excited about this partnership here at Promod Esports. It's fantastic to have such a great opportunity to work with and inspire the future talent coming into the esports industry. The utilisation for commercial but also research projects that the 3Sixty Esports Studio allows for is incredibly powerful in enabling truly scalable productions from grassroots emerging esports scenes right up to AAA quality innovative broadcast workflows.” 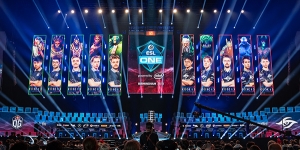