Ben's background is in creative technologies: before joining academia he worked designing and developing digital prototypes for a wide range of clients including the BBC, Philips, Telecom Italia, the NHS, Honda and many others in the digital media industries. These prototypes included games, interactive TV, rich web apps, mobile apps, and interactive art.

In 2006 he joined the EU FP6 PASION (Psychologically Augmented Social Interaction Over Networks) project to lead the game design and development thread, and from 2010 - 2015 worked as a Senior Lecturer in Game Design at the University of Lincoln, as Leader of the Computer Games Production programme, and moved to the University of York's department of Theatre, Film, TV and Interactive Media in January 2016.

Ben's PhD was in social aspects of game play, and identified links between patterns of social interaction and game mechanics. His research interests are around design for unusual interactive experiences. He takes a multidisciplinary approach and collaborate widely with scholars from computer science, psychology, human-computer interaction and the arts. 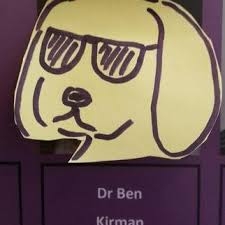