After completing a BA and MA in Fine Art, I worked in both the art world and as a video game artist before taking up a research post at Culture Lab,  Newcastle University, where I finished a PhD in Computing Science entitled ‘Music-controlled Cinematographic Systems’; a project that involved developing interactive approaches to live visuals for musicians.

During my time as a researcher at Newcastle I co-authored more than 25 journal articles and conference papers through European Commission and RCUK funded arts and technology projects including IRIS, OASIS and INSCAPE and Creative Exchange. The subjects of these included performative interfaces, interactive storytelling, therapeutic games and participatory film-making. My role in many of these projects involved developing new perspectives on practice-led research at the intersection of art and technology.

My art practice explores themes of interactivity, narrative and space and comprises kinetic sculpture, live musical performance, video, animation, interactive environments and interfaces. I have shown artwork throughout the UK and internationally, in venues as diverse as SiGGRAPH Asia, the British Science Festival and Bestival. I often make work in collaboration with other artists and also frequently work with the Baltic Centre for Contemporary Art’s learning team.

I am working with Tom Bartindale (Open Lab, Newcastle University) on developing Bootlegger, a system for using mobile phones to plan and shoot documentary films. Bootlegger has been used in a number of live events including the Great North Run 2014 and the 2015 Edinburgh Festival Fringe in conjunction with BBC Research and Development.

I also lead the Cinehack project with David Green (Open Lab, Newcastle University). Cinehack is a research project and online resource dedicated to solutions for micro-budget film-making. In 2014, Cinehack conducted a month long study in Cape Town, South Africa, in which we developed low-budget video techniques with local Hip-Hop musicians.

I am currently Programme Director of the MA/MSc in Postproduction and Visual Effects and also teach on the BSc Film and Television Production and BSc Interactive Media programmes.

I am an Associate member of the Digital Creativity Labs. 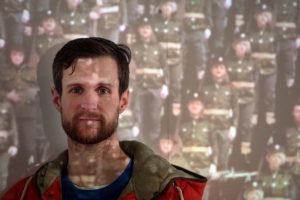