Simona Manni is a participatory filmmaker and has worked as a practitioner with a wide range of groups, including asylum seekers, people in recovery from mental health problems, homeless young people, and care home residents living with dementia.

Simona's PhD explored the role that non-linear narrative possibilities afforded by interactive media can play in supporting the production of polyvocal participatory accounts of mental health. The research was grounded her own practice as a participatory filmmaker and focussed on a pre-existing linear film on mental health and recovery, produced by five men with lived experience of mental health problems, called Stepping Through.

This film was used as the starting point for three studies resulting in the production of an interactive version of the film, developed with DC Labs's Cutting Room object-based media toolkit — leading to insights into role that non-linear forms can play in this space as well as into how to work with them in participatory production processes. 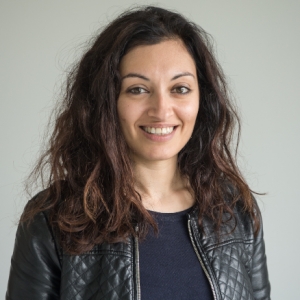