His research addresses questions of performance and, in particular, acting processes. Recently, Tom has researching acting processes for television with Christopher Hogg (University of Westminster), and has published a number of articles on this theme. Their work is the first detailed research into how actors approach the specific demands of television. Most research views performance via textual analysis of the finished product. By contrast, they use interviews with celebrated television actors to focus on their process, and how they bring their skills to bear on this particular medium. They have recently published Acting in British Television (Palgrave, 2017) and an edited collection, Exploring Television Acting, for Bloomsbury (2018).

Tom's previous research has focused on how actors approach playing real people. He co-edited Playing for Real with Mary Luckhurst (Palgrave, 2010), which is a collection of interviews with high-profile actors who have portrayed real people on stage and screen. Interviewees included Ian McKellen, Eileen Atkins, David Morrissey and Joseph Mydell. He continued to pursue his interest in the challenges of playing real people in his monograph, Acting in Documentary Theatre, which was published by Palgrave in 2013. Including new interview material with over forty actors, directors and writers, his book was the first to explore the challenges of acting in documentary theatre.

He's currently interested in exploring how actors work in games, with motion capture, green screen technologies and in AR and VR. 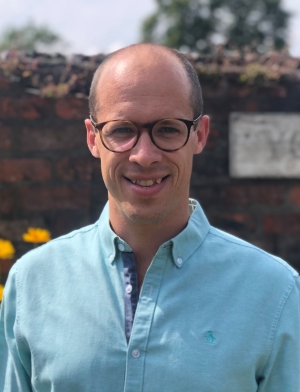