Mary’s research interests are focussed on writing and directing immersive and interactive musical theatre for both physical and digital spaces. She is currently investigating live performance in WebVR, and works as a storyteller with visual artists from the University of the Arts London, through the Digital Maker Collective. She is also a creative contributor to a ‘Broadway Tech’ incubator in New York, looking at ways of adapting Broadway play and musical content for new digital platforms.

An experienced dramatist, lyricist and screenwriter, her work has been produced and performed in the West End and in New York and Los Angeles, together with many different regional theatres in the UK and worldwide.  She also works as a script editor and narrative consultant in theatre and film. 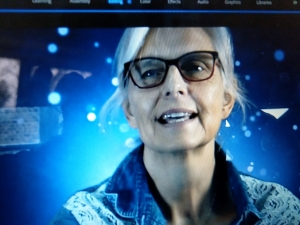