Martin Suckling was born in Glasgow in 1981. After spending his teenage years performing in the National Youth Orchestra of Great Britain and in ceilidh bands around Scotland, Suckling studied music at Clare College Cambridge and King’s College London. He was a Paul Mellon Fellow at Yale University from 2003-5, undertook doctoral research at the Royal Academy of Music, and subsequently became a Stipendiary Lecturer in Music at Somerville College, Oxford. His teachers include George Benjamin, Robin Holloway, Paul Patterson, Martin Bresnick, Ezra Laderman, and Simon Bainbridge. He has benefited from residencies at the Royal Shakespeare Company, Aldeburgh Festival, Aspen, and IRCAM, and has won numerous awards including the 2008 Royal Philharmonic Society Composition Prize and a Philip Leverhulme Prize. He is Professor of Composition at the University of York.

Suckling has been championed by many leading orchestras and ensembles including the London Symphony Orchestra, Scottish Ensemble, Deutsches Symphonie-Orchester Berlin, and the London Contemporary Orchestra. His music has been performed at Oxford Lieder, Ultraschall Berlin, and at the 2007 ISCM World Music Days in Hong Kong. In 2011 Suckling’s critically acclaimed Candlebird for baritone and ensemble, to poems by Don Paterson, was premiered by Leigh Melrose and the London Sinfonietta.

From 2013-18 Suckling was the Scottish Chamber Orchestra’s Associate Composer, a partnership which resulted in Six Speechless Songs (premiered by Robin Ticciati and later revived by Oliver Knussen), a concerto for pianist Tom Poster, and Meditation (after Donne) for chamber orchestra and electronics. Other orchestral works include Release, premiered at the 2013 Tectonics festival by Ilan Volkov and the BBC Scottish Symphony Orchestra, and The White Road, a flute concerto for Katherine Bryan and the Royal Scottish National Orchestra (2017).

Suckling also enjoys a close relationship with the Aurora Orchestra. A recent tour of Candlebird, conducted by Nicholas Collon, followed two commissions: Psalm for harp and spatialised ensembles premiered at the Royal Academy of Arts as part of Edmund de Waal’s ‘white’ project in 2015, and the String Quintet Emily’s Electrical Absence, the result of a collaboration with Poet in the City and Frances Leviston premiered in 2018. Other chamber works include Nocturne, a 2013 duo for violin and cello for Pekka Kuusisto and Peter Gregson, and a clarinet trio Visiones (after Goya) which premiered at the Aldeburgh Festival by Mark Simpson, Jean-Guihen Queyras and Tamara Stefanovich in 2015. Suckling received a Scottish Award for New Music for his song cycle The Tuning, commissioned by Oxford Lieder and premiered in 2019 by mezzo-soprano Marta Fontanals-Simmons.

Suckling’s orchestral work This Departing Landscape, commissioned by the BBC Philharmonic and completed in 2019, gives its name to an orchestral portrait disc released by NMC in 2021.

'these bones, this flesh, this skin', Suckling’s interactive web-based collboration with Scottish Ensemble, Scottish Dance Theatre, and cinematographer Genevieve Reeves received both a Scottish Award for New Music and Classical:NEXT Innovation Award in 2021. A chamber portrait disc, The Tuning, was released by Delphian in January 2022." 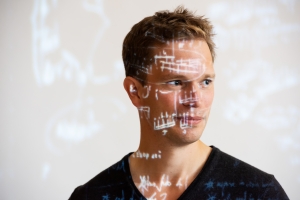