Zulfiya is a documentary filmmaker from India. She is a research Masters student (MSc in Interactive Media) at the University of York’s Department of Theatre, Film, Television and Interactive Media (TFTI).

Zulfiya's previous films have explored women in sport in India, immigration in the United States, Native American issues and refugee resettlement in California. She has experience working with non-profit organizations on video projects in the areas of gender, sexuality, rural journalism, disability, education, environment and social design. She has a Master of Fine Arts (MFA) in Documentary Film and Video from Stanford University, USA, and a Master of Arts (MA) in Media and Communications with a specialization in Audio-Visual Production from Symbiosis International University in Pune, India. 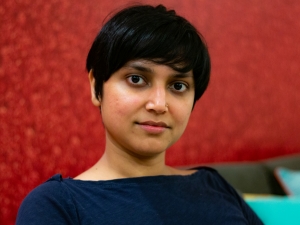