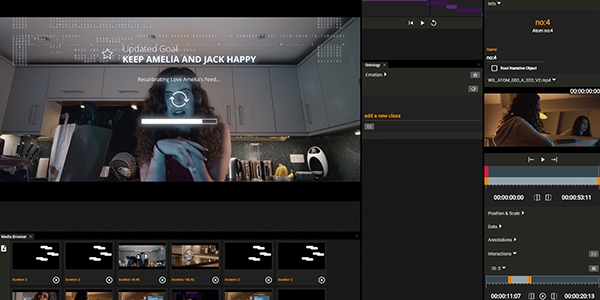 Researchers and software developers at DC Labs have pioneered an authoring toolkit for interactive storytelling known as ‘Cutting Room’.

With the original version of the toolkit developed in partnership with BBC R&D, the latest iteration provides the most comprehensive support yet for authoring Object-Based Media (OBM) stories. Cutting Room provides new functionalities that facilitate the creation of complex narrative structures and signifies a milestone in interactive video storytelling.

Over the past decade there has been a massive shift in the way that audiences watch film and television. Viewers increasingly expect to determine how, when, where and in what form the viewing experience takes place, whether through explicit choices or through their automatically compiled data profiles.

Streamed online content and social media respond partly to this demand, but they are still rather limited when it comes to the configuration and adaptation of the stories themselves. For example, for TV content, viewer interactions are mostly fragmented from and have little impact on the programmes themselves, which remain fixed and linear.

OBM is a term used to describe narrative content that is tailored to the viewer’s circumstances, preferences and devices. It presents viewers with a personalised and interactive experience but poses an intensely complex authoring process to producers and creatives.

The ‘objects’, such as audio and video clips, graphics, text, and music, are the same elements used in traditional, linear filmmaking and broadcasting. However, using OBM, producers are able to structure these objects into interactive multidimensional story worlds that flex to the preferences and data profile of each individual viewer.

Cutting Room presents an expressive and highly effective process for creating interactive stories for film, television and other audio-visual media. It enables producers to test and refine OBM content from concept through to deployment without having to understand the technicalities of computer coding or software design.

First used to produce the interactive film What is Love? for the 2018 York Mediale, a more advanced version of Cutting Room is now being deployed in several XR Stories projects, including an interactive podcast and an interactive video narration for the National Media Museum in Bradford. 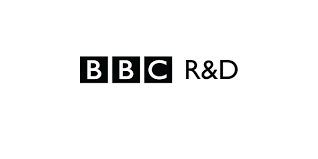