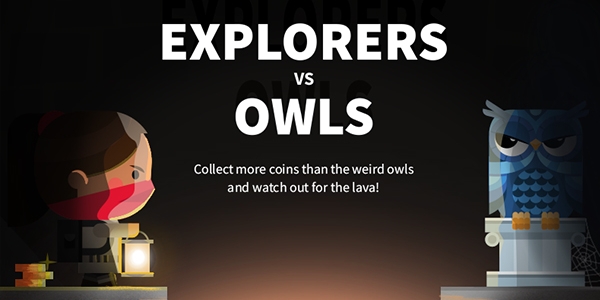 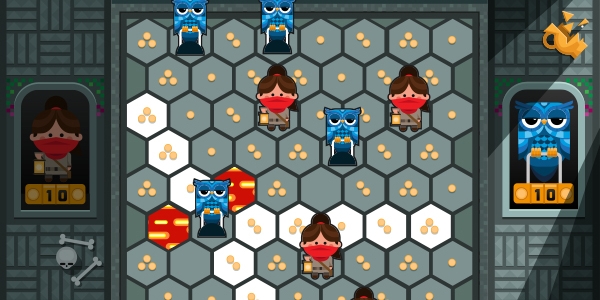 As part of the Enjoyable AI project, researchers at Digital Creativity Labs are investigating the optimum difficulty for the most enjoyable gaming experience.

The study expands on a wide spectrum of theories about the optimum difficulty level in games. Some believe that people like games where the difficulty level is evenly matched to their own, but other research has found that for certain games (and in particular, those played by children), people just want to win. In contrast, games such as Dark Souls are notorious for being very difficult, yet also enjoyable.

To test how study participants react to difficulty levels, researchers at the Labs have developed a proof of concept game - Explorers vs Owls. The player controls a team of ‘explorers’ who must navigate across a virtual board, making strategic moves and avoiding pitfalls to gain maximum points and outwit their opponents, a team of AI driven owls.

To overcome the issue of judging how difficult (or easy) the game would be for different people, the team developed a novel AI tool. The technique, an adaptation of the Monte Carlo Tree Search algorithm, adjusts the level of difficulty depending on how well a person plays. This means that everyone playing the game has a similar experience, regardless of their ability level.

Whilst this technique has been used previously as part of academic research, the Enjoyable AI project marks the first time it has been trialled as part of an online, mouse-controlled computer game with general public participants.

The study will later be expanded to cover 300 people who will be divided into three equally sized groups. As with the pilot study, each group will play a different difficulty level of Explorers vs Owls.

Researchers will collect data on how much people in each group enjoyed the game, and how much they predicted they would win. The team will then examine what is the optimum experience for people and how that relates to that person’s sense of expectation prior to the game.

The research has already proved to be of interest to a games developer who is partnering with DC Labs as part of an XR Stories funded project. An IGGI research student will join the project on a six month placement to implement the AI technique as part of a new commercial game.