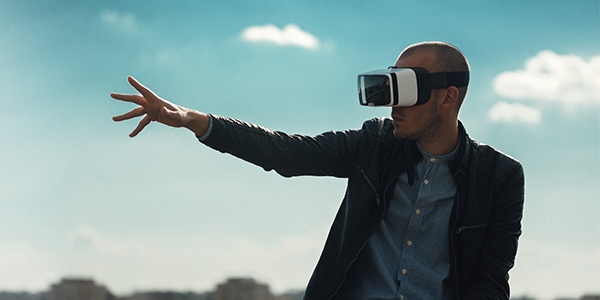 DC Labs is collaborating with the Council for British Archaeology (CBA) to explore the effects of VR on stimulating feelings of empathy, connection and generosity.

Whilst public data indicates that VR shown during fundraising events causes an increase in donations, academic research on the effectiveness of VR as a digital fundraising tool that fosters empathy and increases charitable giving is scarce, and inconclusive.

The CBA is an educational charity promoting participation in archaeology and care of the historic environment in the UK. The research project aims to support the CBA’s ongoing efforts to engage with digital technology, with an emphasis on fundraising, as part of the CBA 2021-2025 Action Growth Business Plan.

Researchers from DC Labs are working with CBA stakeholders to investigate the application of VR technology in relation to the CBA’s policies for building public value, increasing engagement and charitable giving.

As part of the project, the research team will conduct interviews and focus groups with CBA team members to identify priorities and challenges, and to gather views on the use of VR technology.

Researchers will also hold workshops with CBA stakeholders to explore different types of cinematic VR. Following on from these workshops, the team will develop prototype 360 VR technology and pilot test those experiences in public venues to explore levels of engagement.

For more information about this project please contact Marta Herrero.