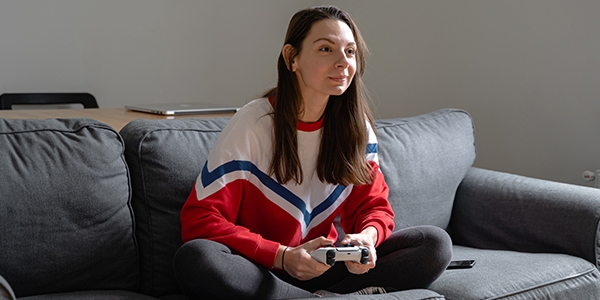 Researchers at the University of York are examining gaming during the Covid-19 pandemic to determine whether people are using games to compensate for unsatisfied psychological needs or to manage their moods.

With detailed findings due to be published later this year, researchers have revealed some exemplary outcomes that offer an insight into how gameplay can be used to support emotional wellbeing during times of anxiety and stress.

Researchers conducted a mixed-method study of 285 participants aged between 18 and 75, living in 37 different countries.

The study reveals that people used games to bring structure and routine to their day, to gain a sense of achievement, focus attention on something that is unrelated to the pandemic, and to facilitate social interaction.

“When I am gaming I can focus on just the experience and objectives. I can zone out reality, which somehow also removes almost all my major depression symptoms. Thoughts of worthlessness? I am [a] freaking gladiator on a unicorn, bring it on!’

Notably, games were often used as a pretext for interaction, whereby the game itself provided people with an excuse to connect with family and friends who they were unable to meet with in person. A large number of participants actively described this interaction as beneficial for their emotional wellbeing.

“I think [gaming has] helped a lot. I've been sad from the isolation. It's been going on for a while, and the longer it drags on, the more sort of aimless and hopeless I get [...] So gaming with others has given me a distraction and just really helped me feel connected with others. When I'm done playing, I feel happy and sort of recharged in a way.”

Participants also used games to simulate real-life scenarios such as going for a walk, when they were unable to do so because of lockdown restrictions.

For others, playing games provided a means to connect specifically with the gaming community rather than friends or family. The study also revealed that some people derived similar social satisfactions from connecting solely with the characters and narrative within a game, rather than another person.

The findings support that gaming can be a positive activity and highlights interesting ways that people have used games to manage difficult moods and lack of physical connectivity and support.