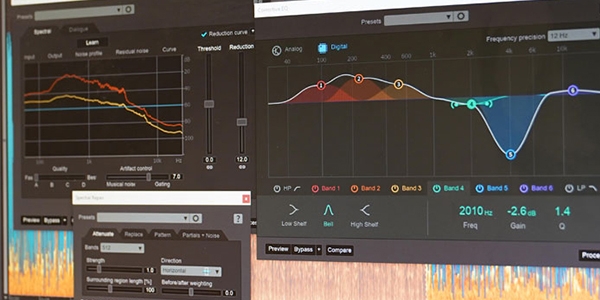 DC Labs is collaborating with the Forensic Speech Science research group at the University of York to explore the reliability of voice recordings as evidence in criminal trials.

In many criminal cases there are questions about how to determine if a recording contains the voice of the individual who is under investigation.

Currently, forensic speech scientists use phonetic analysis in such cases, and increasingly process recordings through AI systems to arrive at a conclusion.

This project will compare the precision of machine generated results against human listening to explore the process of decision making and determine which option gives the most accurate results.

A prototype game will be developed and tested on members of the general public, who might be expected to listen to recordings if they are called for jury service.

DC Labs is developing the prototype which will take the form of an experimental platform where people taking part in the trial will be played audio clips of two voices and be asked to answer ‘to what degree’ type questions, where they give a confidence rating.

Researchers will also compare abstract listening tasks in the context of a jury trial. The team will investigate how receiving advice from experts (“Dr X says there’s a 60% chance these voices are the same”) influences people’s choices. The study will also examine how external evidence (“this fingerprint on the phone matches person X - do you think this voicemail is them?”) influences human decision making.

The project will examine factors such as regional dialect and whether people are more likely to distinguish between voices with a dialect similar to their own.

The platform is currently in the planning stage with the first prototype expected to be ready in January 2022 and data collection to commence in May of the same year.

Department of Language and Linguistic Science
https://www.york.ac.uk/language/
Forensic Speech Science at the University of York
https://sites.google.com/york.ac.uk/fssyork/home