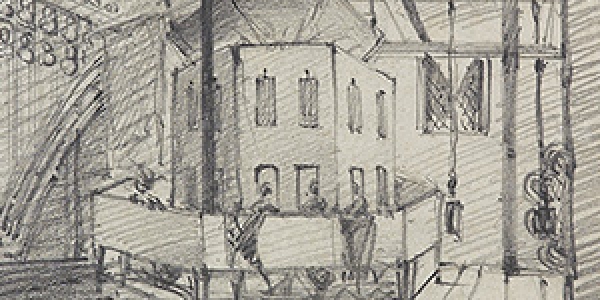 Listening to the Commons is an AHRC funded project which builds on the work spearheaded by the AHRC ‘St Stephen’s Chapel’ project.

The project aims to recover the soundscape of debate as experienced by women listening through a ventilator in the old House of Commons c. 1800-34. It is a collaborative project which will highlight the deep history of women’s participation in politics by developing and adapting visual models of the 1834 House of Commons into acoustic models to create contemporary auralizations (aural reconstructions) of speeches and debate.

The results of the project will be incorporated into the Vote 100 exhibition at Parliament in June 2018 allowing visitors to engage with the digital outputs and recover women’s experience of politics c. 1800-34.

John Cooper is Principal Investigator of the AHRC Listening to the Commons and St Stephen's Chapel projects.  John teaches history at the University of York, where he specialises in the Tudor period.  His research interests range from Parliament and political culture to royal propaganda, architecture, art and music.  He is historical consultant to the BBC series Gunpowder and to the Royal Armouries, and a Fellow of the Society of Antiquaries.

Department of History, University of York