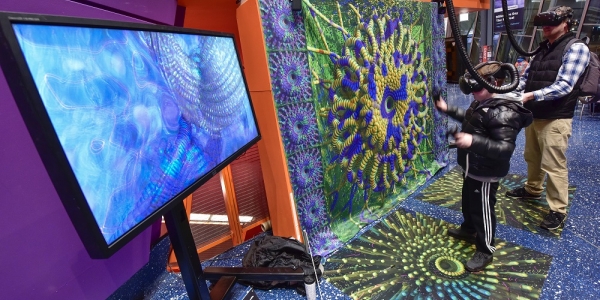 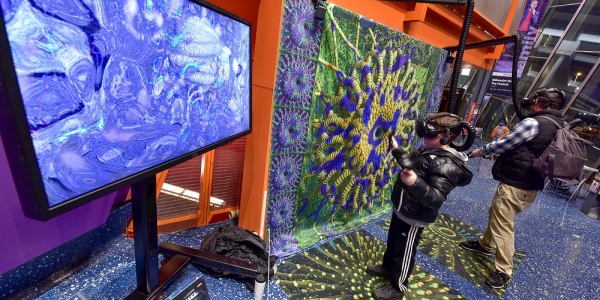 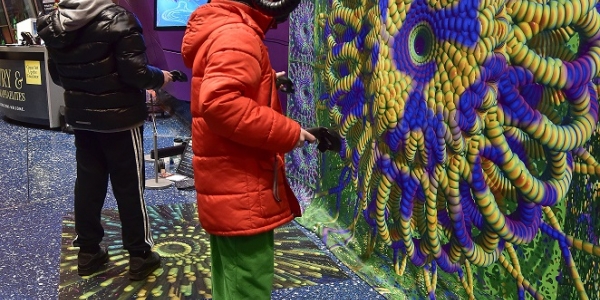 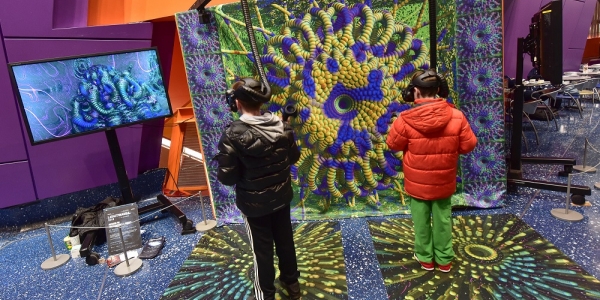 The killer applications for VR are still relatively unknown.

Many of the current uses are evolutionary; adapting games, media, art and other experiences to this new medium. Innovative applications are of strong interest to the industry – especially those that showcase VR to the general public, allowing people to experience the true immersion it brings.

DC Labs has developed the novel VR experience MutatorVR, consisting of Mutation Space and Vortex. Based on evolutionary artwork of William Latham and Stephen Todd from the late 1980s, they immerse the viewer in a multitude of alien worlds with evolving forms resembling sea anemones, ancient ammonites and multi-horned organisms with which they can interact. Bred and crossbred in software from multiple parents, the bizarre forms are created by a process of artistic evolution driven by human aesthetics. The aim is to give viewers a surreal and immersive experience in which they shape the world around them.

The experiences were initially exhibited at New Scientist Live in Sept 2016, a major 4 day science festival reaching 23,000 people, where queues for the experience were over an hour long. They have since been taken to East Gallery at Norwich University of the Arts, Cyfest in St Petersburg and are currently installed at the Hybris Exhibition in Venice for 2 months alongside the Bienniale.

The experiences continue to evolve, with discussions ongoing with the AI experts in DC Labs around the use of machine learning algorithms to assist with the search the large scale multidimensional parameter spaces common to procedural content generation, to make it easier to set up and control the growth of the evolutionary forms and new ideas to create a shared interactive VR space where two people collaborate to create the experience.