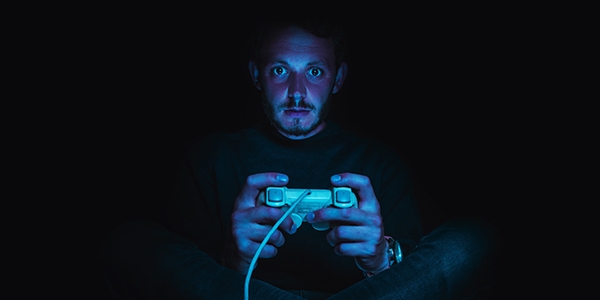 Nothing else matters: A study in video games and attention

A study by researchers from Digital Creativity Labs and Goldsmiths University of London has examined inattentional blindness in the context of games.

A psychological phenomenon, inattentional blindness is a term used to describe when a person does not see something that is in clear sight because they are focused on another feature.

The work was inspired by the famous ‘Gorillas in our Midst’ experiment undertaken by Daniel Simons and Christopher Chabris, and has repercussions for both educational game development and advertising in games.

The authors found that during an exciting and immersive game, unless a feature is intrinsic to a game’s progress, people are unlikely to see that feature, even if it is visible throughout the action.

In games for education, this means that features designed to help people learn need to be a vital part of what is happening in the game to have an effect on players.

In advertising in games, this means that people are unlikely to pay attention to an advertisement if it is placed on a feature that isn’t relevant to a game’s progression, unless the game is boring or play has not started.

For example, in a racing game an advertisement placed on the side of a race-track may go unnoticed if the game is engaging and immersive.

In the first experiment, one group was asked to play a ‘high immersion’ direct replica of Two Dots (Figure 1). The aim of the game was to join dots of the same colour and meet targets within a set number of moves. Figure 1: The High immersion game with in-game distractors. Players have to join dots of the same color. The images inside the dots change every 5s.

In the same experiment, the second participant group was asked to play a ‘low immersion’ version of the first game, where the dots were all the same colour (Figure 2). This made the game less engaging.

Figure 2: The Low immersion game with in-game distractors has dots all the same color, which is less engaging

In both experiments, different images appeared inside the dots but these images were irrelevant to the game’s progress and served solely as in-game distractors.

Afterwards, both groups were tested on 30 different sets of two images, one of which had been in the game and the other which had not (Figure 3). Participants were asked to choose one image that they recognised from each set. Figure 3: The distractor recognition test. Participants need to choose one image from the two. One of these images has been shown to the participant during the experiment. The other has not been shown before.

The experiments revealed that during an engaging and high-immersion game, when a feature isn’t relevant to the game’s progress then participants do not see that feature, even if they are looking directly at it throughout the game.

Participants who played the less engaging game recognised more pictures which indicates that their attention had wandered from the game itself as they were able to observe non-relevant features.

The second experiment of the study involved the two participant groups playing the same two versions of the games played in experiment one, but with a different goal. Figure 4: Match colors variant of Two Dots in which participants join dots of the same color. Figure 5: Match images variant of Two Dots in which participants join dots of the same image. Every 5s all the images change to a different color

The authors found that people were just as engaged by both games, but that the group who were asked to join dots of the same colour, didn’t even notice the pictures inside the dots.

Researchers at DC Labs are now undertaking a small scale pilot study to build on this work and examine how games and advertising affect people of different age groups.

The article was published in the open access Attention, Perception & Psychophysics journal, an official journal of the Psychonomic Society.