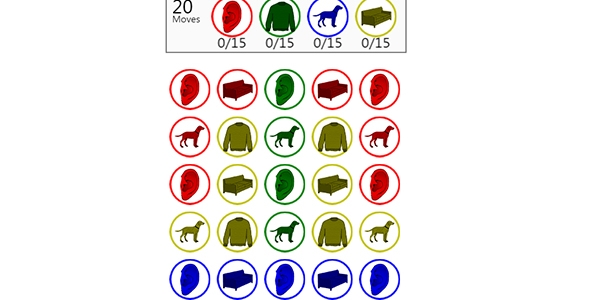 Researchers from Digital Creativity Labs (DC Labs) at the University of York are investigating priming in video games to find out if it has the potential to change behaviour.

A psychological concept, priming refers to a process whereby if a person sees one stimulus, then that person subconsciously changes how they respond to the same stimulus on future occasions because they have seen it before. Priming is often linked to advertising and the subconscious associations we make with particular products or brands.

In the context of video gaming, this subliminal influence could have positive implications – to teach and encourage good behaviour. However, it could also have negative implications in the form of desensitisation to violence.

These early findings may have both ethical and educational repercussions for video game developers, in terms of which visual features they drive players to focus on within the game in order to advance their play.

Researchers undertook a pilot study with 30 volunteers who were asked to play a simple online game with the objective of making as many connections as possible within a set timeframe. The game, developed by DC Labs, is based on the commercial puzzle game ‘Two Dots’.

Volunteers were divided into two test groups and whilst both groups played the same game, each group was asked to make connections between different elements.

One group was asked to connect identical pictures in the centre of coloured dots (pictured below). 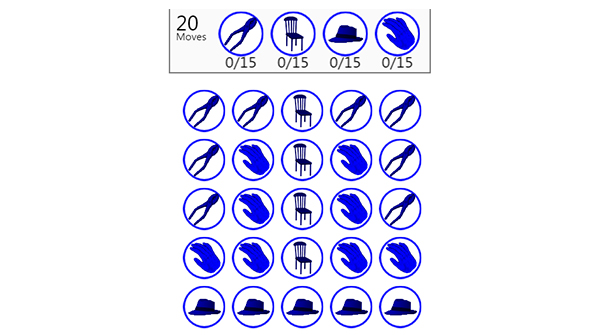 The other group was asked to match dots of identical colours, regardless of the picture within the dot (pictured below). 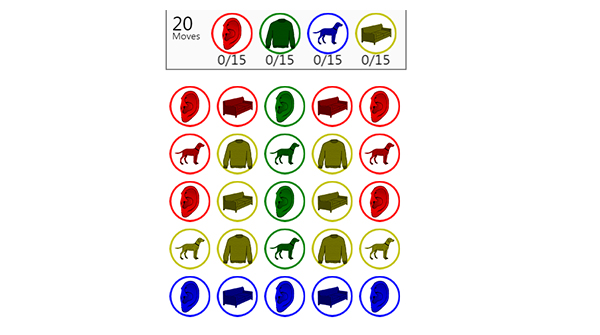 Both groups were then asked to perform a priming test, whereby they matched pictures as quickly as they could. The results for the group who were focused on pictures in the first half of the experiment were significantly quicker than the second group. 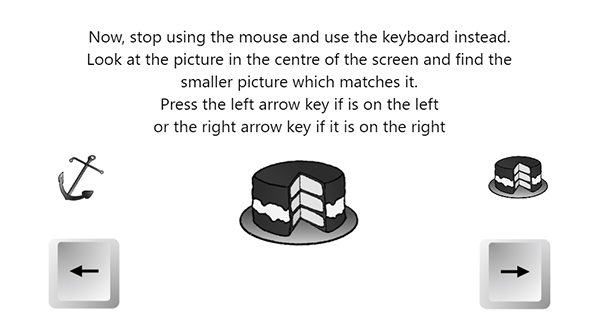 Whilst the second group had been exposed to the same images, their response times indicated that they had not noticed the pictures at all because their focus had been on matching the colours.

However, the findings suggest that the first group who had focused on matching the pictures as part of the first experiment, had been primed by what they’d seen because it was useful to their progress within the game.

An online study is now taking place with 200 participants to test the findings of the pilot study. The project will later move on to examine video game concepts in relation to priming, in addition to what the player sees on screen.